All you wanted to know and more about ISIS.

Where men are men and women are definitely women and know how to deal with men?

Stunning Argentine Maria Sol Perez has garnered a whopping 1.6 million followers on her Instagram account with her X-rated pics.

And it seems her sultry snaps haven’t gone unnoticed even by the world’s sporting superstars.

Even though Fred doesn’t realise the school shooting was a #hrdpar ICE Capstone event, this commentary is well done.
OK, so why is the country falling apart? Specifically, why are kids blowing each other away? America has become a source of wonder the world over with its Colulmbines and hundreds and hundreds of dead in Chicago and Baltimore and its burning cities and riots. Other advanced countries don’t do these things.

Kids: Then and Now fredoneverything.org/kids-then-and-now/

Chances are, the Valentine’s Day flowers have started to wilt a bit by now, which seems fitting considering for the state of marriage and families in Canada today. In fact, newly available census stats suggest we’ve gone a long way in the wrong direction, losing our appreciation for what marriage is and why it matters – especially to children.Simply put, marriage is the best family form for children. And yet, as think tank Cardus has reported, the 2016 census found that only 62% of children up to age 14 were living with two married parents – a dramatic decline from the 73% who lived in such homes in 1996. The decline in marriage is countered by the increase in parents who are not married but living together. That accounts for 17% of children’s living arrangements. (Roughly one in five kids are living with a single parent, and this number has been stable over past census years.)

..with lies. I don’t like/dislike the man, but US-style dirty tricks knocked him out. I hope he sues whoever and wins, and throws a monkey wrench into the leadership race.

Patrick Brown says he was on an indoor tennis court when an assistant told him his team needed to see him, immediately. Hours later, he was no longer the leader of the Ontario Progressive Conservatives, brought down by allegations of sexual misconduct that he denies.

Lies by omission.. Who knows about the 500,000 prisoners of war, most of whom were German? Answer: almost no one.

Reporter Karen Duffin and her father were talking one day when, just as an aside, he mentioned the Nazi prisoners of war that worked on his Idaho farm when he was a kid. Karen was shocked … and then immediately obsessed. So she spoke with historians, dug through the National Archives and oral histories, and uncovered the astonishing story of a small town in Alabama overwhelmed by thousands of German prisoners of war. Along the way, she discovered that a very fundamental question – one that w

You will be crushed if you speak out against the police brotherhood – and are a policeman. The consequences are dire and may even be fatal.

For 17 months, New York police officer Adrian Schoolcraft recorded himself and his fellow officers on the job, including their supervisors ordering them to do all sorts of things that police aren’t supposed to do. For example, downgrading real crimes into lesser ones, so they wouldn’t show up in the crime statistics and make their precinct look bad. Adrian’s story first appeared as a five part series in the Village Voice, written by Graham Rayman. (41 minutes)

Source: Is That a Tape Recorder in Your Pocket, or Are You Just Unhappy to See Me?

Old story but good one on what a junk mortgage bond is.

In January 2010, reporters from Planet Money bought a toxic asset—you know, the things that blew up wall street banks, sank the economy and brought the global financial system to a halt—one of those. And “Toxie” turned out to be an encyclopedia of the financial crisis.

Hard to believe, but not really.

We are living in a Victim’s World.

Today (Wednesday 17 January) the Prime Minister will set out how government is tackling loneliness and combating social isolation. She will announce that the government is accepting a series of recommendations from the Jo Cox Commission on Loneliness.

The first minister will cheer us up? 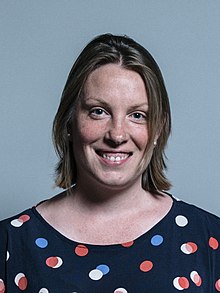